Rachel Herman's project statement: "These images are preliminary tests for an adventure I haven't gone on yet, a modern search for El Dorado. This kind of a quest, either for the mythical man or the mythological city of gold, has always been doomed. Someone said to be looking for El Dorado is usually being accused of being possessed by foolishness, greed, or some other treacherous character flaw.

I am just starting to research the history of Sir Walter Raleigh and his path to Lake Guatavita, the body of water outside Bogotá, Colombia said to have been where mythical kings with covered with gold and then cleansed. I am beginning to investigate the adventures of Conquistador Francisco de Orellana, who approached the mythological city of gold from the opposite sides of the Orinoco, and supposedly found a city that had discovered legendary and sustainable agrarian engineering methods.

What does it mean to be on a modern search for El Dorado? What is it that I would even be looking for? I am not beholden to Raleigh’s crown, and I am not looking for worldly riches; in fact, I am looking for an antidote to authoritative strictures and a way to live that is outside of capitalistic reach. Maybe that kind of foolish quest is the modern day search for El Dorado, a land without rule and outside economy.

Like I said, I am not sure yet. I don’t even know yet what I don’t know. But I wanted to see what making work on this adventure might look like. To do so, I started photographing situations that were of gold or reminiscent of gold. Now I have started to put these gold(en) images through 4 printing processes, each process changing the appearance of the image significantly. The first printing is straight; the second is a diazo print (think blueprints), which will serve to mute all color into a monochromatic monarch blue; the third is an acetate transfer that will be a transparent grayscale object; and the fourth is a halochrome toned contact print from the transparency. This will result in a series of information intentionally removed with each successive echo of the original. The final mercurial and reflective surface will hopefully both obscure and reveal. I am turning gold into silver, a reverse alchemy of sorts." 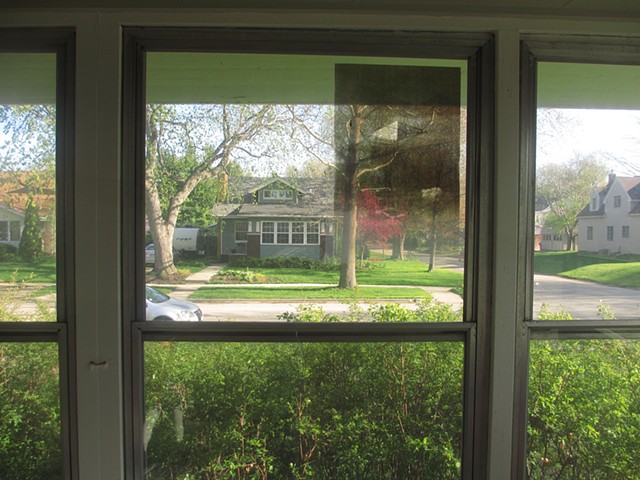